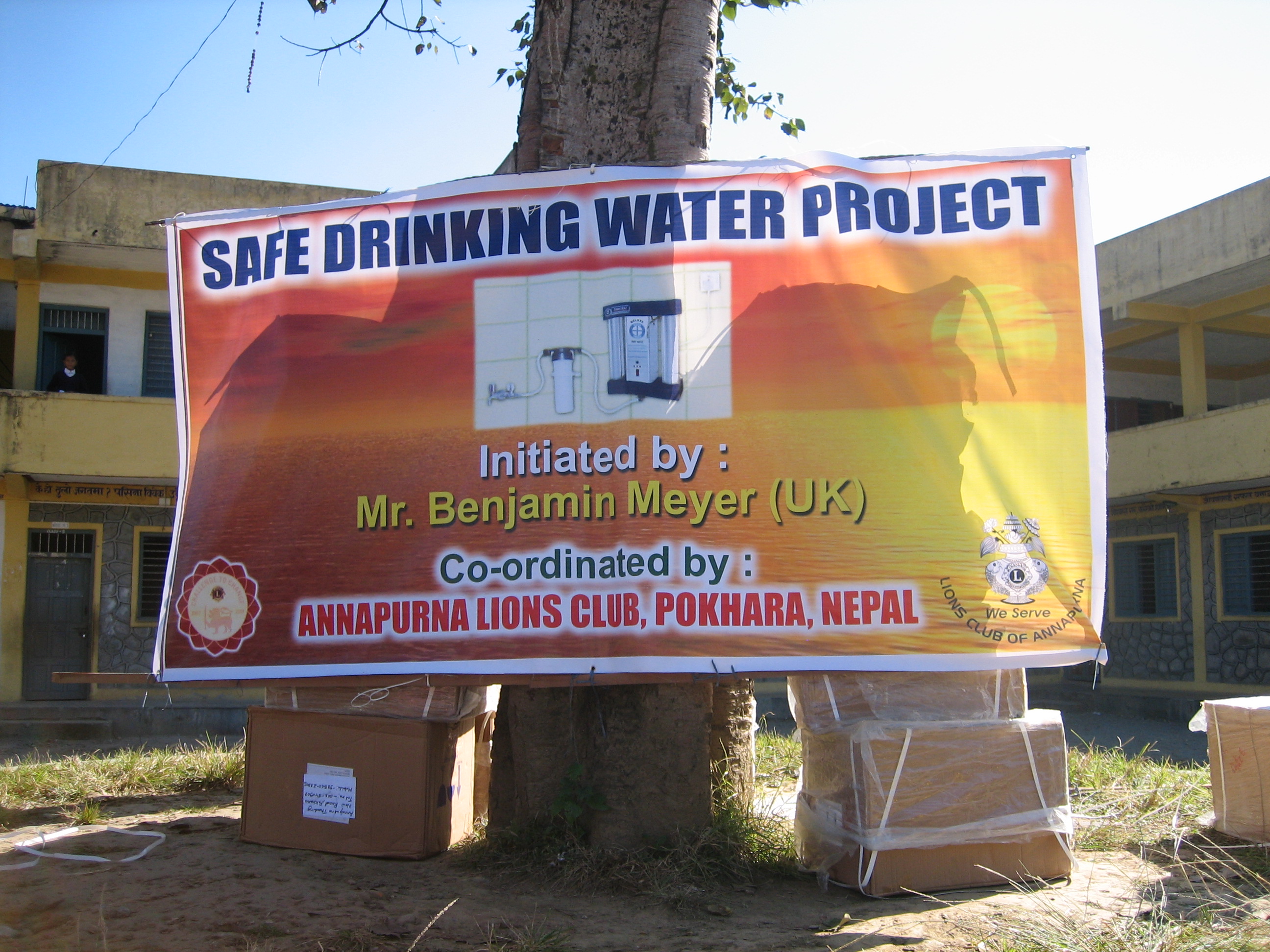 In 2003 the Lions Club of Pokhara Annapurna organised the de-worming program for schools in and around the Pokhara valley. It was found that more than 70% of children were infected with different types of worms, and some children were seriously ill. Since then, the Lions Club of Pokhara Annapurna has regularly organised health camps to eradicate this problem. This year, the club also distributed twenty four water purification systems to twenty four government schools in the Pokhara valley. The club was able to undertake this project due to the support of Mr. Benjamin Meyer, from the UK, and donations from twenty individual donors, amounting to 43,000 rupees.